Chaminade, Pragmatist with a Vision

In this short biography, Father Stefanelli highlights key moments in the life of William Joseph Chaminade. The reader enjoys glimpses along his faith-filled (and at times rocky) path as the Marianist Founder traveled from his life as a young child in Mussidan, France; his exile in Saragossa, Spain; to his beatification 150 years after his death. Chaminade’s inspired mission to rechristianize France is as viable today as it was at his first Sodality meeting on December 8th, 1800.

In 1797 Chaminade was trapped by a sudden change in government policy. The police mistakenly listed him as having emigrated and returned without authorization, and Chaminade was forced to leave Bordeaux. He went into exile, as did thousands of other French clergy, including two of his brothers—Blaise in Italy, Louis in Spain. Facing a deadline to leave France, he headed for the nearest border, into Spain. For three years he remained in Saragossa, where he and hundreds of other French priests engaged in ministry among their countrymen, prayed, reflected, discussed, and prepared themselves for a hoped-for-but-not-at-all-certain return to their own land. Through clandestine correspondence and trusted travelers, they kept in touch with what was transpiring at home. Meanwhile, they plotted and prepared for a rechristianization of France. The dream of Mussidan was not dead; however, it would be realized in Bordeaux, and on a much larger scale than a younger Chaminade ever anticipated.

In Saragossa, Chaminade more clearly discerned and planned what was to become his life’s work: to assist the Mother of Jesus in her continuing role of bringing forth her son into the world. He meditated deeply on the relationship between Jesus and Mary coming to an ever-clearer understanding of how she shared in her son’s life and work and how all Christians, her children in Christ, were to share in hers. In the presence of the statue of Our Lady of the Pillar, Chaminade grasped more clearly the extent and magnificence of Mary’s apostolic mission, as well as ways in which this might be implemented should he ever be allowed to return to France.

Collaboration in Works of Marie Thérèse and Adèle

Foundation of the Religious Institute

Challenges to the Dream

The Letter to the Retreat Masters(1839)

The Legacy of Chaminade 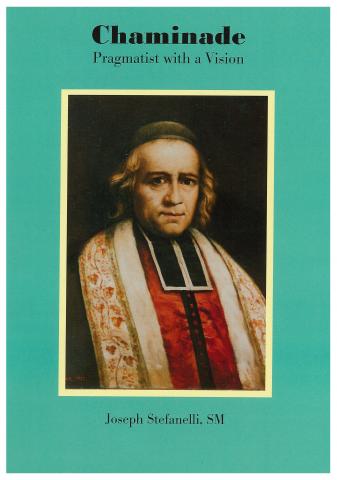