The title of this short biography succinctly captures the life of Marie Thérèse de Lamourous. The reader will get swept away in the trials and adventures of life during the French Revolution, as you learn of Marie Thérèse’s unflinching faith and courage in this tumultuous time of history. Father Stefanelli paints a portrait of a rather unwilling heroine who eventually embraces her God-graced mission in life and adopts the prostitutes of Revolutionary France, creating a place of refuge, safety,and prayer at the Miséricorde. Marie Thérèse’s devotion to her faith and to the women she served is a positive lesson for women of and for all ages.

Her relationships with the police were generally very good, but she refused to accept any woman arrested for prostitution or associated criminal activity, even when the authorities pressured her to do so. Only after a woman had fulfilled her obligations under the law and came to Marie Thérèse of her initiative would she even consider accepting the woman into her house. Her role, she repeated, was not to hold women by force, to punish them, or to act in the name of the civil authority; her role was to redeem their souls, develop their spiritual life, and prepare them for honest membership in society. She insisted time and again that any penitent she accepted had to enter freely, remain freely, and was free to leave at any time.

This principle of freedom was fundamental. Sometimes parents would bring their daughter, trying to save her from a life of prostitution or the dominance of a pimp. Marie Thérèse would speak to the woman privately to ascertain her desires. She might ask her to go home with her parents, then return to the Miséricorde alone if she really wanted to enter.

Her guiding principles for the Miséricorde were expressed in a banner she embroidered. It showed a lost sheep about to be attacked by a wolf, but from the sky a hand reached out to save the prospective victim. To her, this symbolized her new work: to rescue from danger, temporal and eternal, the “lost sheep” confided to her care. She insisted again and again, even after the Miséricorde became a religious institute, that they were there only for the penitents. If there were no penitents, she would say, there would be no need of the institute.

Many of the women who came remained for very short periods of time, sometimes only a few days. Others stayed years, learning a trade, developing their spiritual life, and preparing themselves for reentry into society. Some left but soon returned, finding themselves too weak or unprepared to survive outside.

Before any woman left, Marie Thérèse would find work for her, or lodging if she could not return to her family, or settle her in marriage. Young men would sometimes come to the Miséricorde looking for a wife. If Marie Thérèse found their motives valid, she would arrange for meetings at the Miséricorde (remember, her own mother was “courted” inside convent walls!) and even make all the arrangements, spiritual and material, for the wedding. Some penitents chose to remain at the Miséricorde for the rest of their lives. In Marie Thérèse and under her guidance, they had found love, joy, and inner peace.

Introduction
Family History
Going Underground
The Unthinkable Becomes Possible
Animating the Family of Mary
Administering the Miséricorde
Engaging Others in the Work
Enter Freely, Stay Freely
Impact of Legal Issues
Extension of the Work of the Miséricorde
The Final Years
The Marianist Family Today
Marianists in Lay Communities
Bibliography 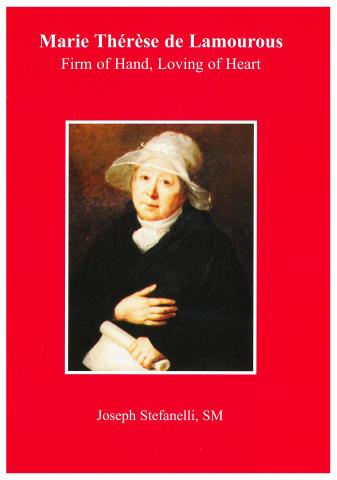